The Deer Moves In 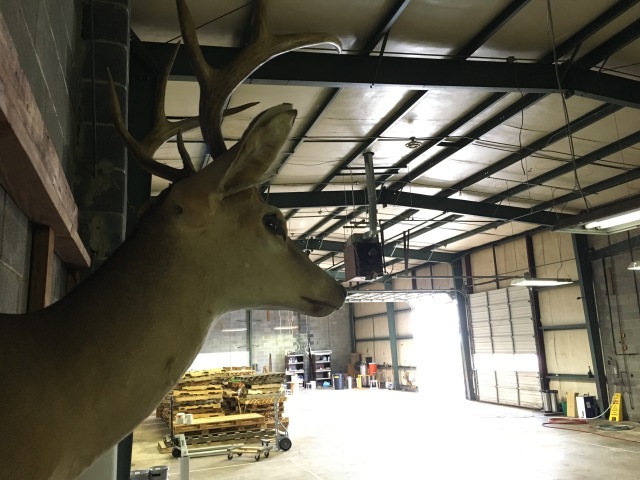 While it doesn’t look like much has happened from the outside here at Fireforge, a lot has been going on behind the scenes. Most importantly, my trusty deer, Bob Coble, has moved into the brewery. Bob has been with me since college. He always has a place of honor, from my college apartment, my studio in Columbia, our first house in Columbia after we got married, the brew garage in Greenville, and now he’s gone big time.

We’ve also been busy collecting pallets and various odds and ends for the brewery and tasting room. We even won a receipt printer in a restaurant auction for two cents! #score

Our friends at DP3 Architects and Devita have been hard at work for us finalizing our architecture and engineering plans. If all goes according to schedule, we should be ready to submit for our building permit by mid-April and hope to begin the build out in May.

We have a lot of work to do, and a lot of permits, licenses and inspections to pass. We’re still tracking toward a late summer opening. Just in time for the great fall South Carolina weather to enjoy in the beer garden!

I like beer.
View all posts by Brian →
This entry was posted in Untamedbeer news. Bookmark the permalink.